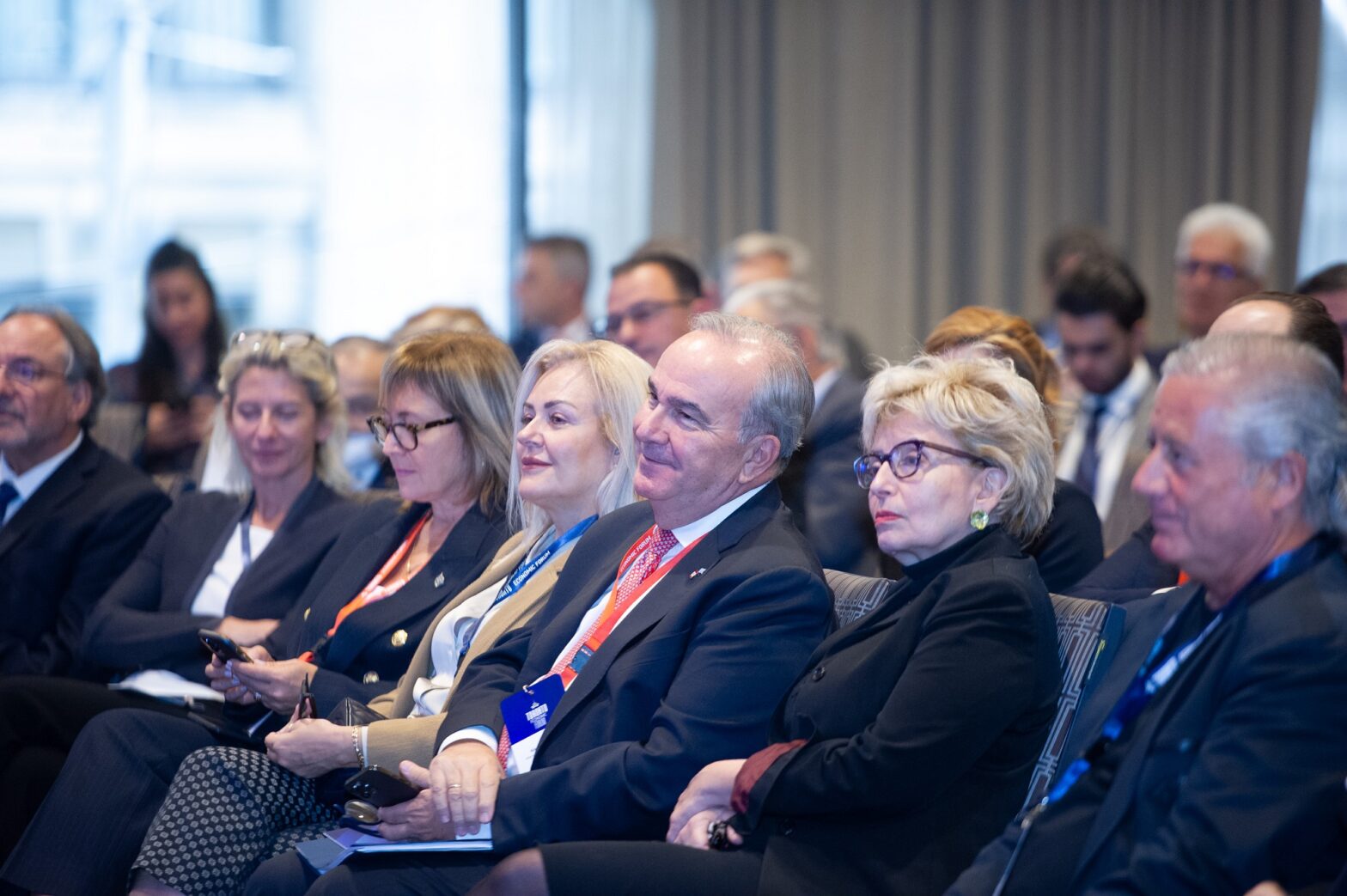 TORONTO – The inaugural Toronto Economic Forum took place October 17-18 at the Sheraton Centre Toronto Hotel and hosted political, diplomatic, and business leaders from Canada and Greece. At the heart of presentations and discussions were common themes such as how synergies between the two countries can be promoted, the role of the Diaspora in the growth of Greek businesses, and how Canada and Greece can work closer together on a political level.

The forum opened with remarks from former Ambassador to Greece Robert Peck, who introduced Symeon Tsomokos, President of the Delphi Economic Forum, followed by John Sotos, co-President of The Hellenic Initiative Canada. Ambassador of Greece to Canada Konstantina Athanassiadou welcomed everyone and opened the main discussions. Alternate Minister of Development and Investments Nikos Papathanasis spoke on Greece’s economic performance over the past few years and its promising trajectory for the future. 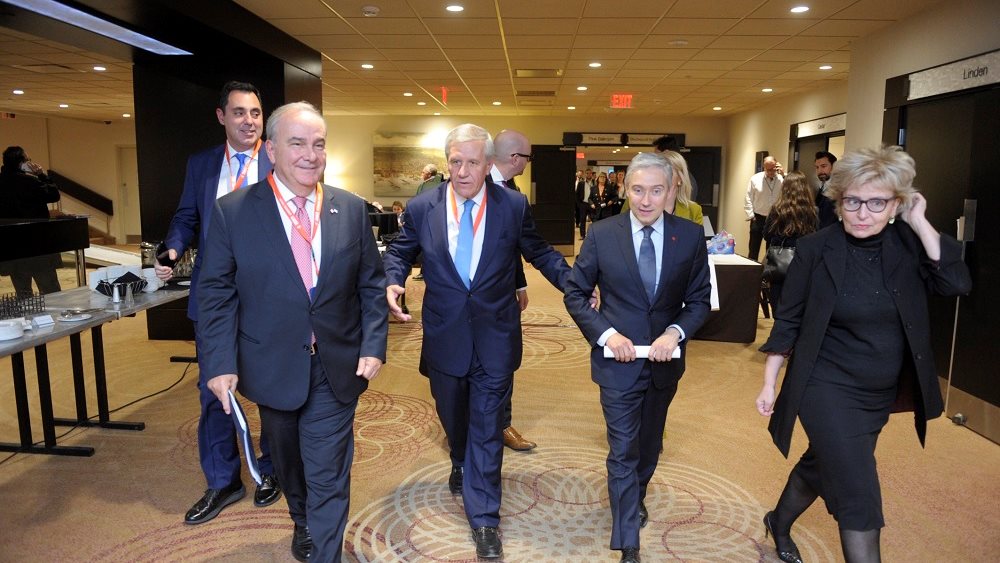 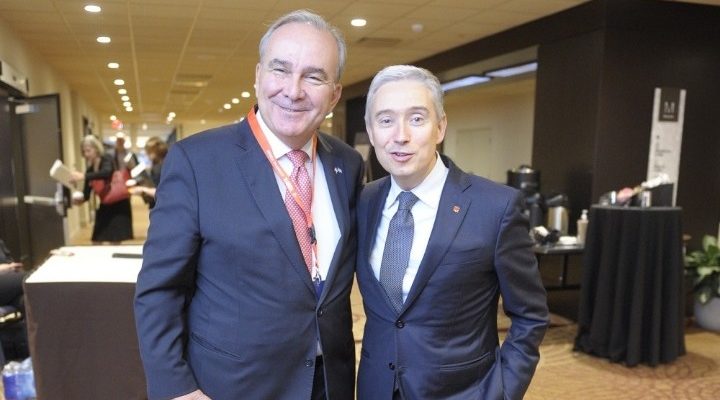 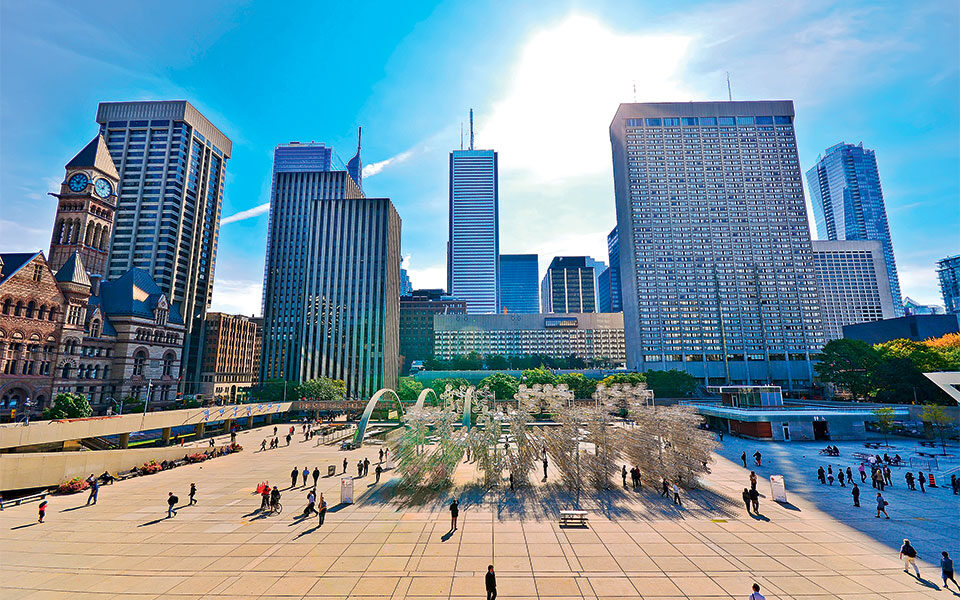 At the height of the Greek debt crisis, Canada became the top foreign investor in Greece, as Canadian companies were among the first to spot the opportunity and bet on a strong Greek recovery. Today, as we mark the 80th anniversary of Greece-Canada relations, Canada has solidified its position as a top investor in the country. Closer economic ties are drawing a new, exciting chapter in the long history of bilateral relations, and will be the theme of the first-ever Greek Investment Forum in Toronto, Canada’s financial center, on October 17-18.

The forum itself is a product of the thriving people-to-people ties that are rooted deep in our two nations’ histories. Greeks have been a part of Canadian history since as early as 1592, when Ioannis Phokas, a Greek navigator who sailed for Spain under a Spanish name, Juan de Fuca, explored the namesake strait off Vancouver Island. Waves of Greek immigrants have contributed to the Canadian economy since the 19th century, from building railroads to the BlackBerry. Their vibrant communities and talented members have been making a distinct contribution to Canadian culture ever since. 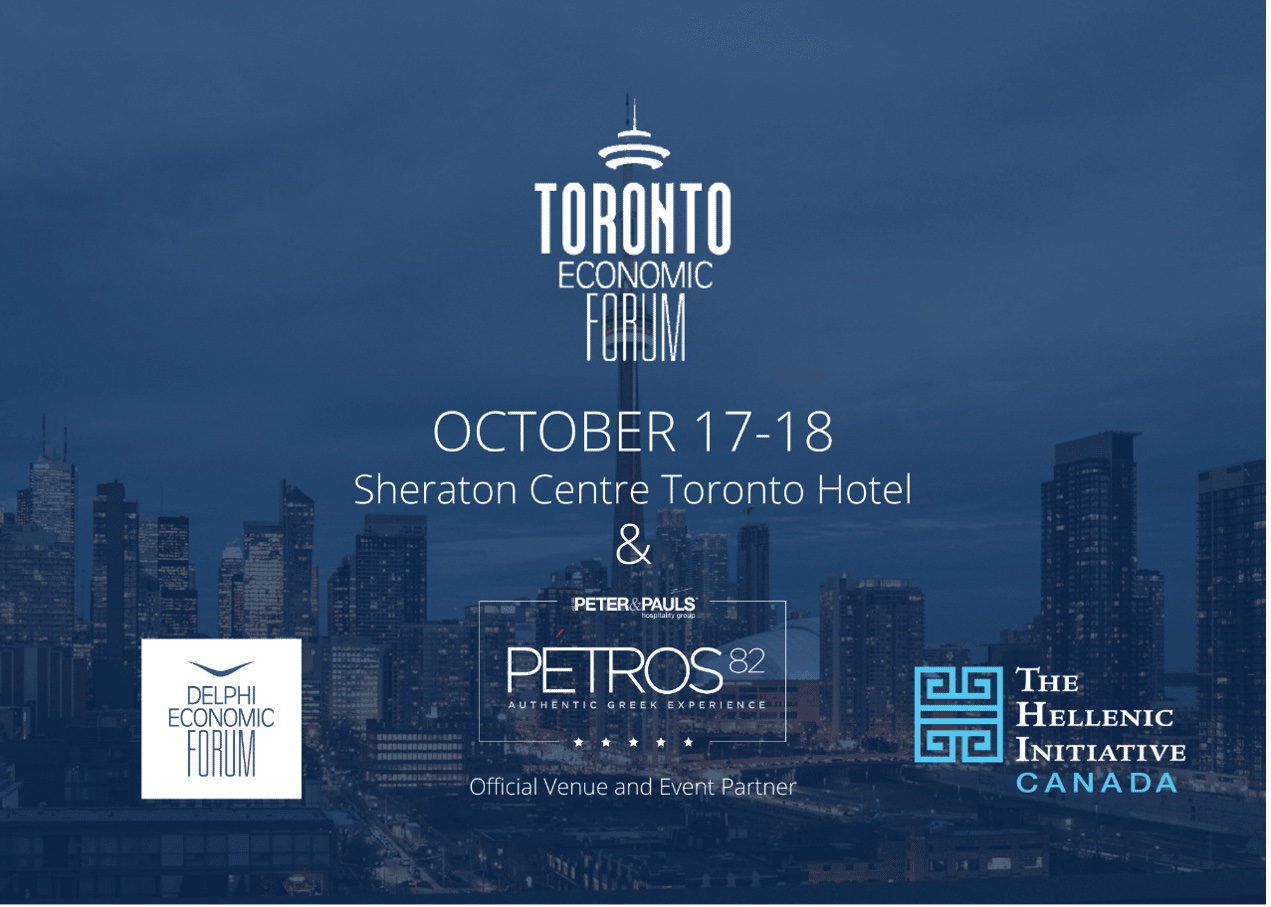 The Hellenic Initiative Canada is partnering with the Delphi Economic Forum of Greece for the inaugural Toronto Economic Forum, a conference that will bring together government and business representatives from Greece and Canada. The conference will take place on October 17-18 at the Sheraton Centre Toronto Hotel in Toronto, Canada.

The Toronto Economic Forum is the latest addition to the line-up of international conferences organized by the Delphi Economic Forum. It aims to become an annual institution. Its goal is to promote Greek – Canadian trade and investment ties. 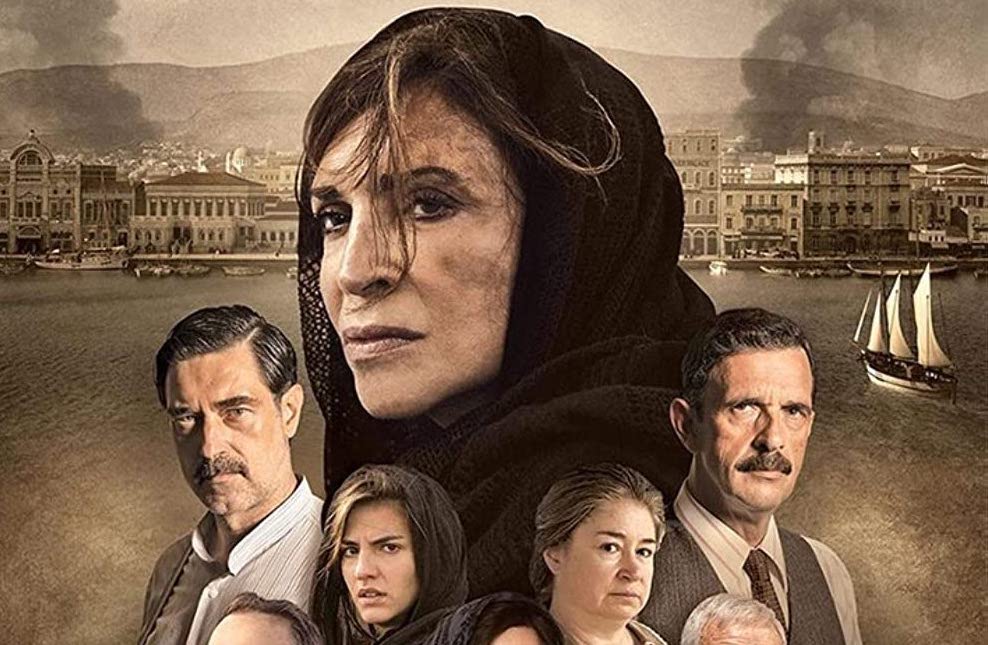 SMYRNA is officially hitting the big screen across Canada on Thur, December 8 – In select theatres nationwide! One night only! 🎬 🎟 Get your tickets now!

The film does an excellent job at portraying the events that led to the Asia Minor Catastrophe through the eyes of an prominent Smyrna family with Greek roots in a balanced fashion. It highlights the fact that the Asia Minor Diaspora held different view as to the stance to be taken in the war, or how the Turks that were living in peace with the other nationalities were pressured to either side with the nationalists or to be treated as traitors themselves. The film respects historical accuracy and offers an unbiased view, providing equal screen time to all sides that played part in this story. The captivating storytelling allows for the impact and emotional toll of the events speak for themselves. The production, attention to detail, and research that must have gone into the creation of the film are also of the highest standard. A highly recommended offering for everyone with important lessons for followers of current events. 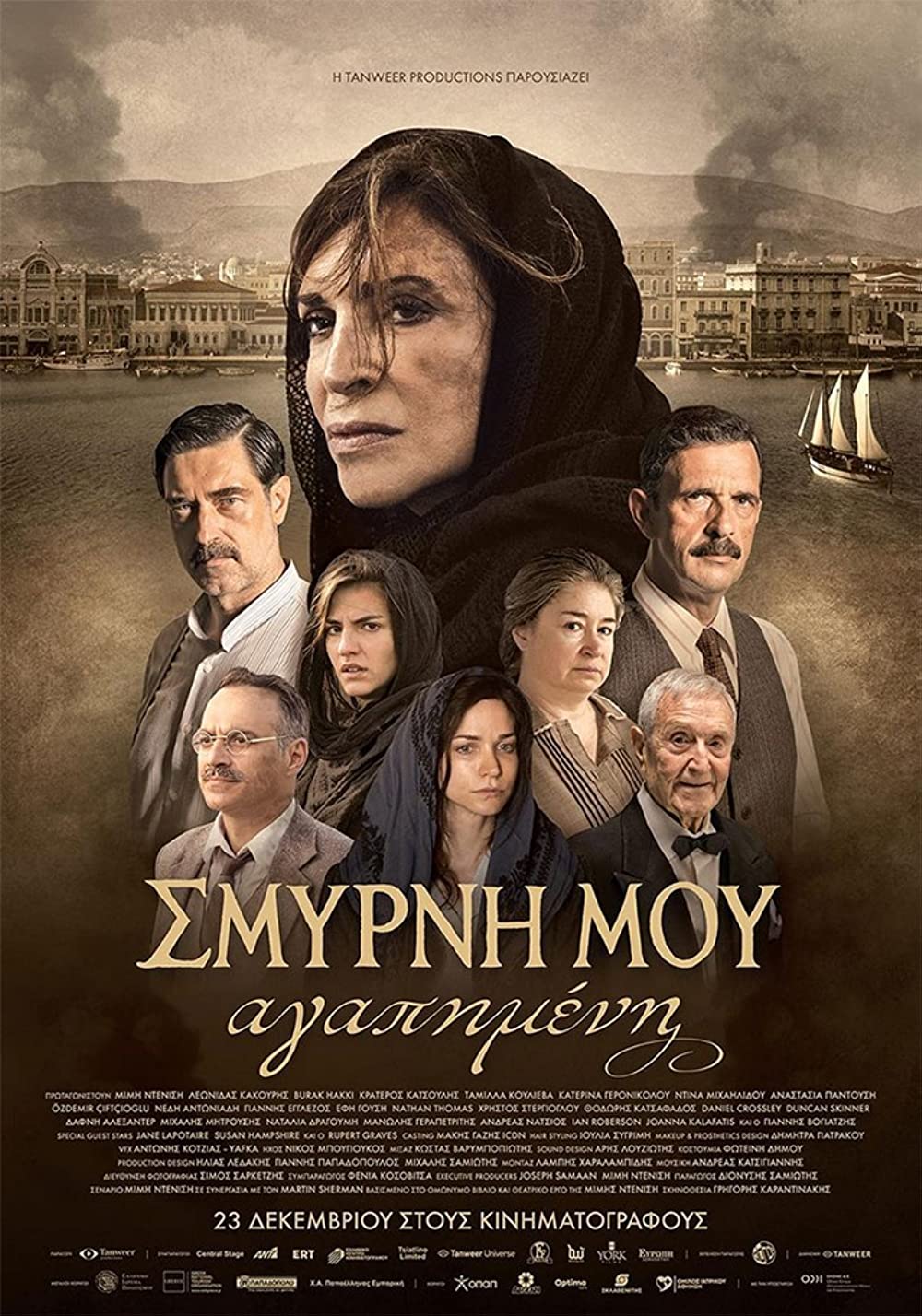 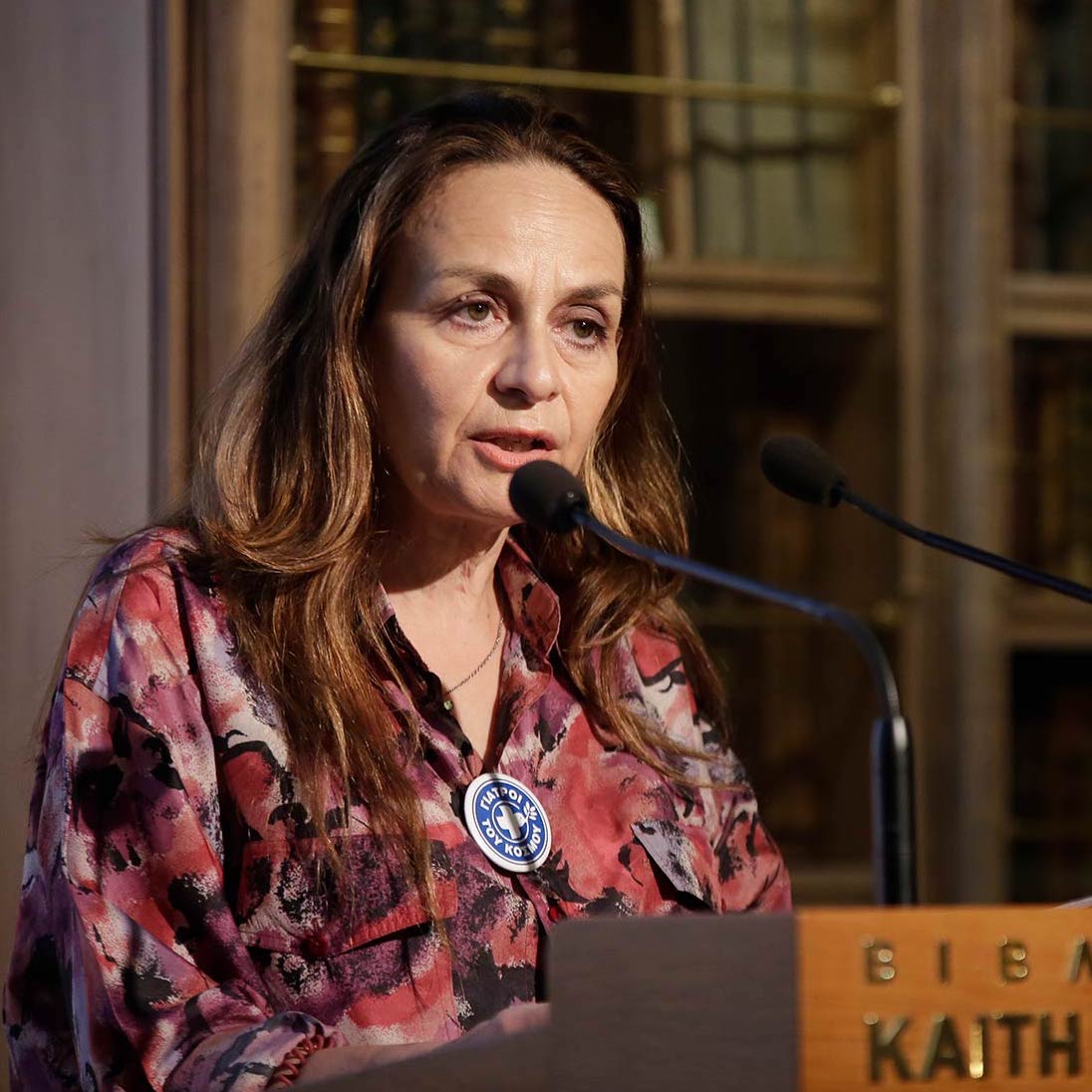 Médecins du Monde Greece held a press conference on Tuesday, July 5th, at the Aikaterini Laskaridis Foundation, presenting the results of the “Emergency Intervention for Vulnerable People over 60 years old” program for the period 2020-2021, on the occasion of the renewal of the cooperation and support of the program by the Hellenic Initiative of Canada (THI Canada). 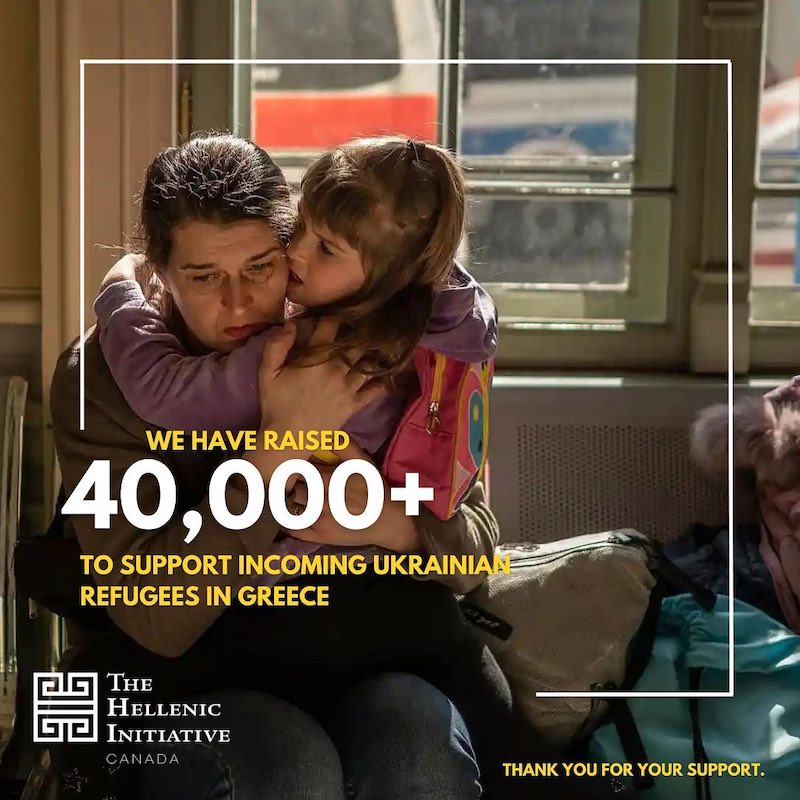 The Hellenic Initiative of Canada collaborates with Doctors of the World of Greece (Mdm GR) to provide humanitarian aid, medical care and other services for Ukrainian refugees arriving in Greece. So far 40,000 CAD has been raised which will be allocated to this purpose. The Hellenic Initiative of Canada, with the help of of Doctors of the World Greece, offers humanitarian aid to Ukrainian refugees crossing the Greek border, through the Emergency Humanitarian Relief programme Fund for Ukrainian Refugees.

The program offers access to Polyclinics, hostels and mobile units of care in Athens, Thessaloniki and Kavala, where food, accommodation and psychological support for Ukrainian refugees. 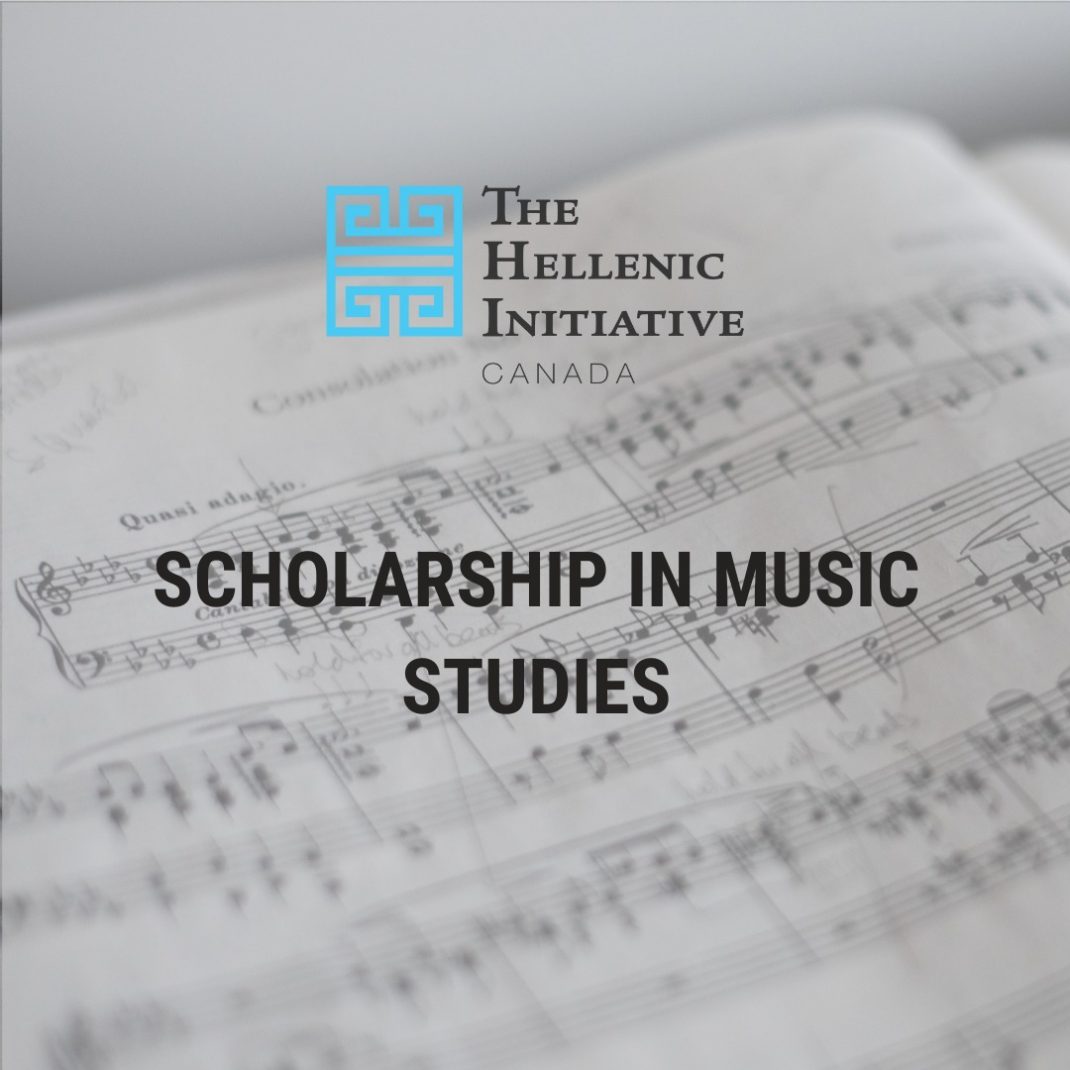 The Hellenic Initiative Canada Graduate Scholarship in Music supports outstanding international scholars from Greece who demonstrate excellence, outstanding potential and a passion and commitment to music.
The Scholarship is a merit-based award aimed at supporting students from Greece pursuing a Master of Music or Doctor of Musical Arts in composition at the Faculty of Music at the University of Toronto for the 2022-2023 academic year. The Scholarship provides multi-year funding to support graduate students for the duration of their program. The DMA in composition is jointly funded by The Hellenic Initiative Canada and the University of Toronto.
Applications will be assessed based on academic excellence, transcripts, and track record of accomplishments in music. Eligible candidates are requested to carefully read the scholarship application criteria and the requirement for supporting documentation before submitting the online application.
For further information regarding the announcement, the scholarship, the application process and supporting documents, please visit our website at thehellenicinitiative.ca or contact us at [email protected]
The deadline for the submission of applications is March 15, 2022.